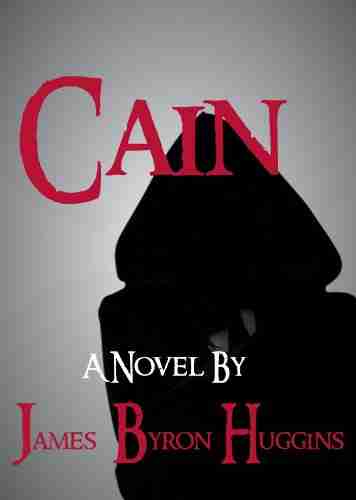 They wanted to create a superman who could kill anyone – or anything – at their command. But they created something far more terrible.They tried to use a fantastic combination of technology and science to create an ultimately controllable and yet ultimately unstoppable killing machine. But when ...

They wanted to create a superman who could kill anyone – or anything – at their command. But they created something far more terrible.

They tried to use a fantastic combination of technology and science to create an ultimately controllable and yet ultimately unstoppable killing machine. But when the body of the legendary assassin rose from the dead in their laboratory, they realized that the soulless void within it had been seized by an ancient, malevolent evil that would use this titanic strength to destroy them all.

Now CAIN must be stopped or at the end of ten days the virus within him will mutate into an airborne plague so deadly that Cain will be able to simply walk through any city on Earth and kill everyone in it.

Three desperate people – a soldier, a priest, and the regretful scientist that created Cain have ten days to hunt him down and kill him. But Maggie, his creator, just spent a trillion dollars and the most radical science and technology known to mankind resurrecting Cain from the dead and making him unkillable.

How do you kill what can’t be killed?

That is the question that Solomon, the soldier and team leader – and a man who has his own score to settle with the devil – keeps asking himself as he loses one bloody battle after another with an unstoppable Cain.

For now Cain is, quite simply, a superhuman, indestructible body inhabited by Satan. And yet, to exist, Cain must drink fresh human blood every night. But that is why Maggie equipped him with the fangs of a vampire …

The hunt begins. The battle is joined. And this frantic team of broken people has ten days to stop Cain before he makes his ancient kingdom over Death his new kingdom over the Earth.

Share
Facebook Twitter Google+
Disclosure of Material Connection: Some of the links in the page above are "affiliate links." This means if you click on the link and purchase the item, I will receive an affiliate commission. I am disclosing this in accordance with the Federal Trade Commission's 16 CFR, Part 255: "Guides Concerning the Use of Endorsements and Testimonials in Advertising."